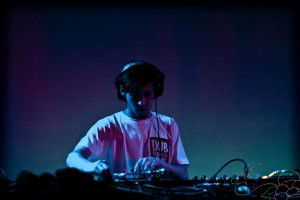 Darkwing Dub is a DJ, producer and promoter from Graz and one of the founding members of the “Dub der guten Hoffnung” event series in Berlin & Graz. He is also responsible for all the great artworks and designs surrounding the Lion’s Den and DubDerGutenHoffnung.

His sound gives tribute to all kind of bass music. The sets he plays are influenced by a lot of stuff coming from this little caribbean island, called Jamaica – all kind of funky stuff, but also the more deep and dark things. So Darkwing’s sound ranges from dub and dubstep to jungle and drum and bass to breakbeat and funk.