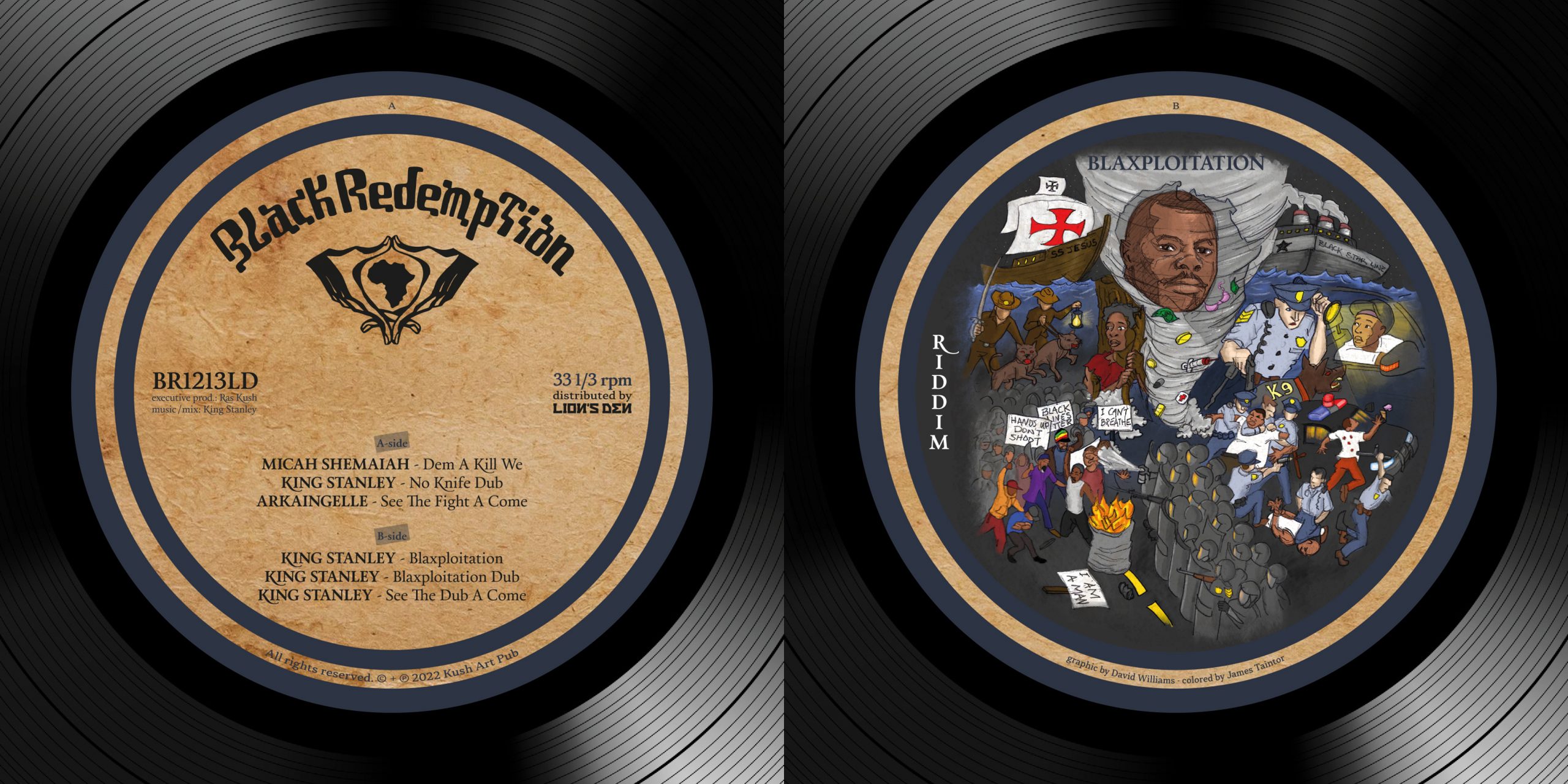 The next release on the Black Redemption label kickstarts a series of collaborative works with the great producer, singer and musician King Stanley from Birmingham, UK. Here featuring three vocal cuts including their dubs. One by Micah Shemaiah from Jamaica, one by ArkAingelle from Guyana (based in the US), and one from King Stanley himself – all condemning the ongoing exploitation of Black people worldwide. Press play and have a good listen to those lyrics, while exploring the artwork by Rawpencil, who created a fitting image inspired by the words.
Both sides were transferred to 1/2inch Tape for extra analogue warmth, and mastered and cut with care by Star Delta / Delta Disc, UK.