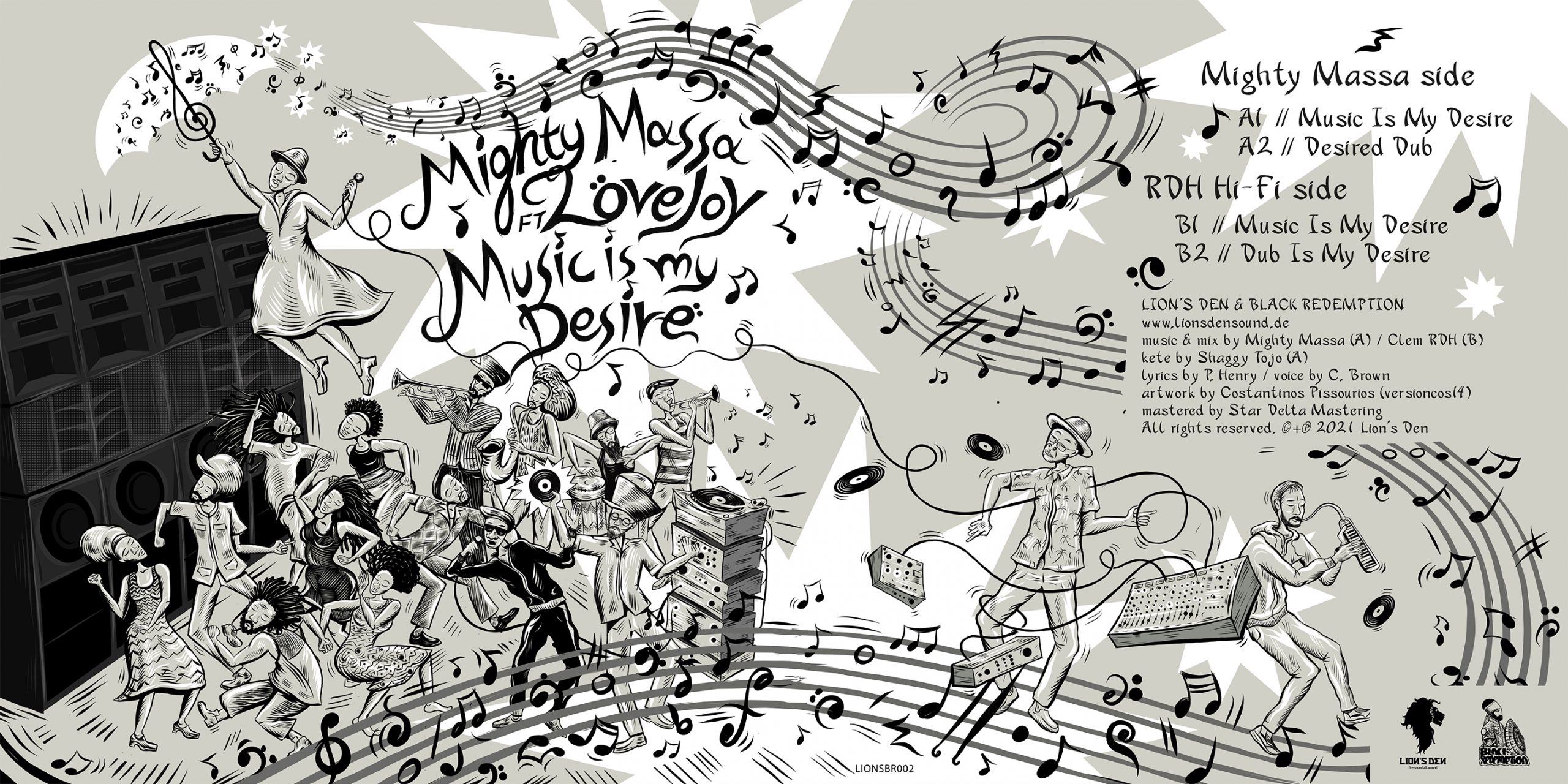 Mighty Massa side
A1 // Music Is My Desire
A2 // Desired Dub

As the original song ‘Music Is My Desire’ by Pablo Moses and its message have been resonating deeply with me ever since first hearing it many years back, I somehow always wanted to do a project around it. I thought a reinterpretation sung by a different (maybe female) singer and with a new approach on the riddim could give it a nice fresh twist and reintroduce this classic in another way to some young listeners and into the nowadays sessions. As I always loved the Love Joys and their works for Wackies – with this certain particularity in their voices – the idea stuck with me that they could be a great choice and the more works I was doing with Ras Kush and his Black Redemption label, the more I realized the dream could maybe manifest into reality and so it did eventually. With Ras Kush’s great help, Mighty Massa from Japan recut a tuff version in his studio in the far east, featuring Shaggy Tojo on the Kete, and afterwards Claudette Brown from the Love Joys recorded her take of ‘Music Is My Desire’ on it in the US.
Here now presented for the sound systems near and far on a 12inch disc – including a ruff rework by RDH Hi-Fi from France on the flipside and a special artwork by Costantinos Pissourios (versioncos14) from the Island of Cyprus. Let the music play…

—–
one man from Japan is providing ruff and tuff dubplates for the scene for years without fears…
his name is MIGHTY MASSA !!!

While performing as an original member of the Ska Flames, Mighty Massa started Japan’s first UK roots-style sound system, “Mighty Massa Sound System”, in 1994, followed by first releases under the same name in 1995. His catalogue has steadily been growing ever since, with a number of albums and singles on labels such as his own Dub Creation, Tribe Works, Black Redemption, Pirka Atuy, Jah Marshall Music and others – each one instantly recognizable by his signature sound.
In the early days the name Mighty Massa was associated with tuff and mystical dubplates, often hard to find, only to be heard in sessions by the likes of Jah Shaka, Aba Shanti I or Iration Steppas or on recordings of those and little was known about their origins and producer. The first part is still the same, the latter has luckily changed a bit over the years – after a good amount of well-received releases and due to the rise of the internet. Having influenced many young producers and activists, it is for a reason that he is respected and hailed as the father of Japanese dub and sound system culture and his music is remaining in heavy circulation among the dubplate affinados worldwide, as well as in the selections of the top sounds. 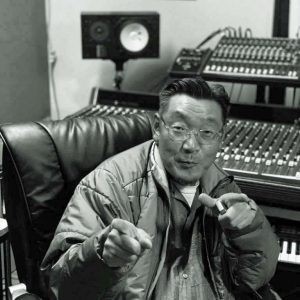