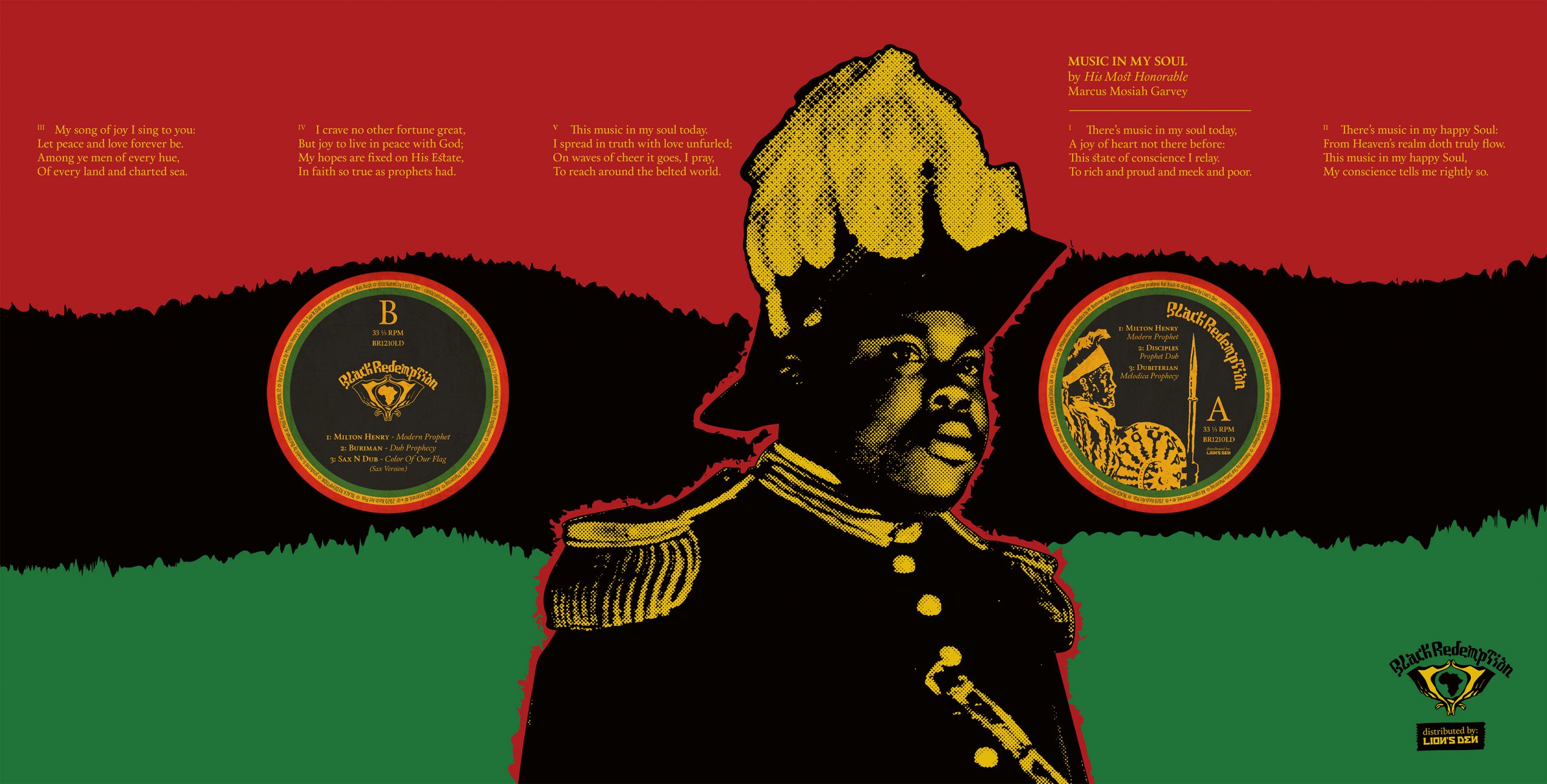 This one is a special dedication to Marcus Mosiah Garvey, as it was him – through his actions and words – who has continuously been inspiring a many people scattered around the world.
It features Milton Henry – a distinct voice from Jamaica, well known for his works with Wackies – on a recut of the classic ‘Words Of My Mouth’-riddim by UK dub legend Disciples with an equally deep reinterpretation by Italy’s dub veteran Buriman (Moa Anbessa) on the flip side. A tune called ‘Modern Prophet’, telling the story of ‘old Marcus’ to the ones who have an open ear and heart, young and old. As a little extra the A side holds a melodica version by Dubiterian, while the B side ends with a sax cut by Sax N Dub. Both sides were transferred to 1/2inch Tape for extra analogue warmth, and mastered and cut with care by Star Delta, UK.

there is a very interesting interview with Milton Henry over on the United Reggae website…
find out more about his early days in Jamaica – some strong works with a number of different harmony groups, as well as several recordings for Lee Scratch Perry, Rupie Edwards and others -, his move to New York and the deep involvement with Wackies, his collaboration with Roberto Sanchez in more recent years and much more…