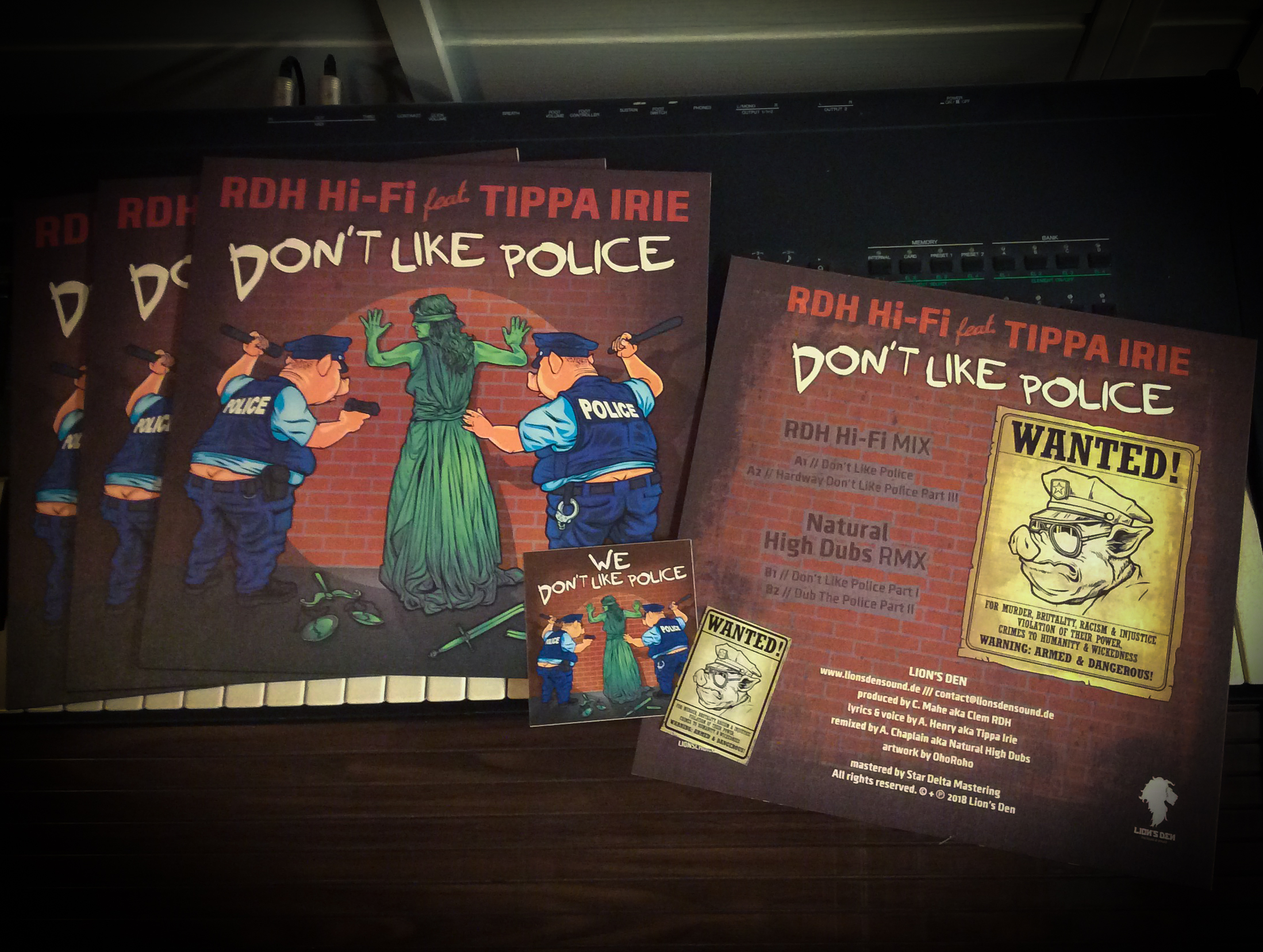 Here comes another tuff collaboration with RDH Hi-Fi from Nantes, France, we and a few other sounds have been playing throughout the last two years on heavy rotation as exclusive dubplate – always causing nuff ‘furore’ in the dance. For the ones who have been patiently waiting and asking about it: it’s finally ready for the people…

A riddim called ‘Hardway’ was given to the UK veteran Tippa Irie from London for some lyrical nice up. He approached it with a conscious message and with his original chatting style and wrote and voiced a powerful tune on the riddim – speaking out against all wickedness and injustice by the police – a topic truly important to us. So get ready to skank in unity, teach them about power to the people and ‘put up yur hand, if yu don’t like police…’

The flipside holds another ruff digital remix inna hardcore fashion. Responsible is none other than the french ‘dub invader’ Natural High Dubs – well-known from his longtime involvement in the Lyon dub scene and projects like High Tone and their sound system force Dub Invaders.

Both sides were transferred to 1/2inch Tape for extra analogue warmth, mastered with care and pressed on high quality 180g vinyl by Star Delta / Delta Disc, UK – of course also digikally available. The artwork is again by none other than ohoroho from Slovenia.